Can you believe it’s already August?? Well while June and July went by in the blink of an eye, I did get the opportunity to test out the 2017 Mitsubishi Outlander right around the 4th of July holiday!  It wasn’t a huge change from what I normally drive as I have a small SUV but I definitely enjoyed it and well, enough about how I felt, let me get into what it was like and the features!

As I always say we are in the age of the “Internet of Things” so almost everything is getting technology improvements. The 2017 Outlander SEL is no different.  It came loaded with lots and I do mean lots of buttons, cool features but we’ll get to that because I had one moment that made absolutely no sense…I couldn’t find the lever to open the gas tank

It literally took a google search for me to find the gas tank release, and I found it in a YouTube tutorial so clearly not the only person having this problem.  But it’s flush against the floor of the driver’s side and it matched the black interior.  So that could use a little tweaking…but on to the things I enjoyed about this vehicle, because that list is much longer.

On to the good things 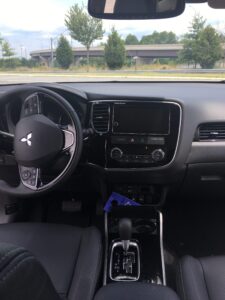 I’ve driven a few of the newer model cars and they all are about safety (well I mean the older ones are too) but what I mean is that they come equipped with improved safety features.  Such as the camera system, I mean I couldn’t screw up parking if I wanted to, it gave me a full rear view look and an over head view! Seriously where was this technology when I was taking my driver’s test?  Not to mention it had the lane departure system and in the traffic nightmare that is the DC area, it came in handy.  Did I mention it came with XM included on it, now

I also don’t know what it is about a car with leather interior that always makes it feel more expensive and luxurious, but the 2017 Mitsubishi Outlander SEL came with black leather interior and what’s leather interior without heated seats? Now granted this test drive was done in July soooo I had no need for them, but if you’re gonna have them that feature just makes sense.  But the dual zone climate control makes for the perfect temperature if one of you has appendages that tend to take on a frostbite like temperature after too much AC *looks in the mirror*.

The gas mileage in this thing for it to be larger than my truck is good (despite not being able to locate the lever at first lol), this particular model the SEL, get’s 24 city/29 highway MPG.  And did I mention that I loved the power liftgate? I could open the trunk before I got to it, and didn’t have to juggle with balancing things in one hand to get it open…I’m a mom and a wife, our family is always on the go and grocery or any shopping period is easier with this feature. My absolute favorite feature on this vehicle..don’t laugh is the remote power lift gate, I’m easily amused sometimes and well loading the truck was wayyyy easier!

I did most of my normal errands in it and as I’m always on the go. I must say it definitely made me want a new truck again, it even runs quieter than my truck.   The 2017 Mitsubushi Outlander SEL retails $27,495. Not too shabby in terms of price and for all the bells and whistles you’re getting.  Oh and did I mention it came with a sunroof? I currently don’t have one but the next vehicle I get that’s gonna be a selling point!

*Disclosure: The car was lent to me in exchange for my review, opinions are my own* 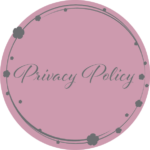